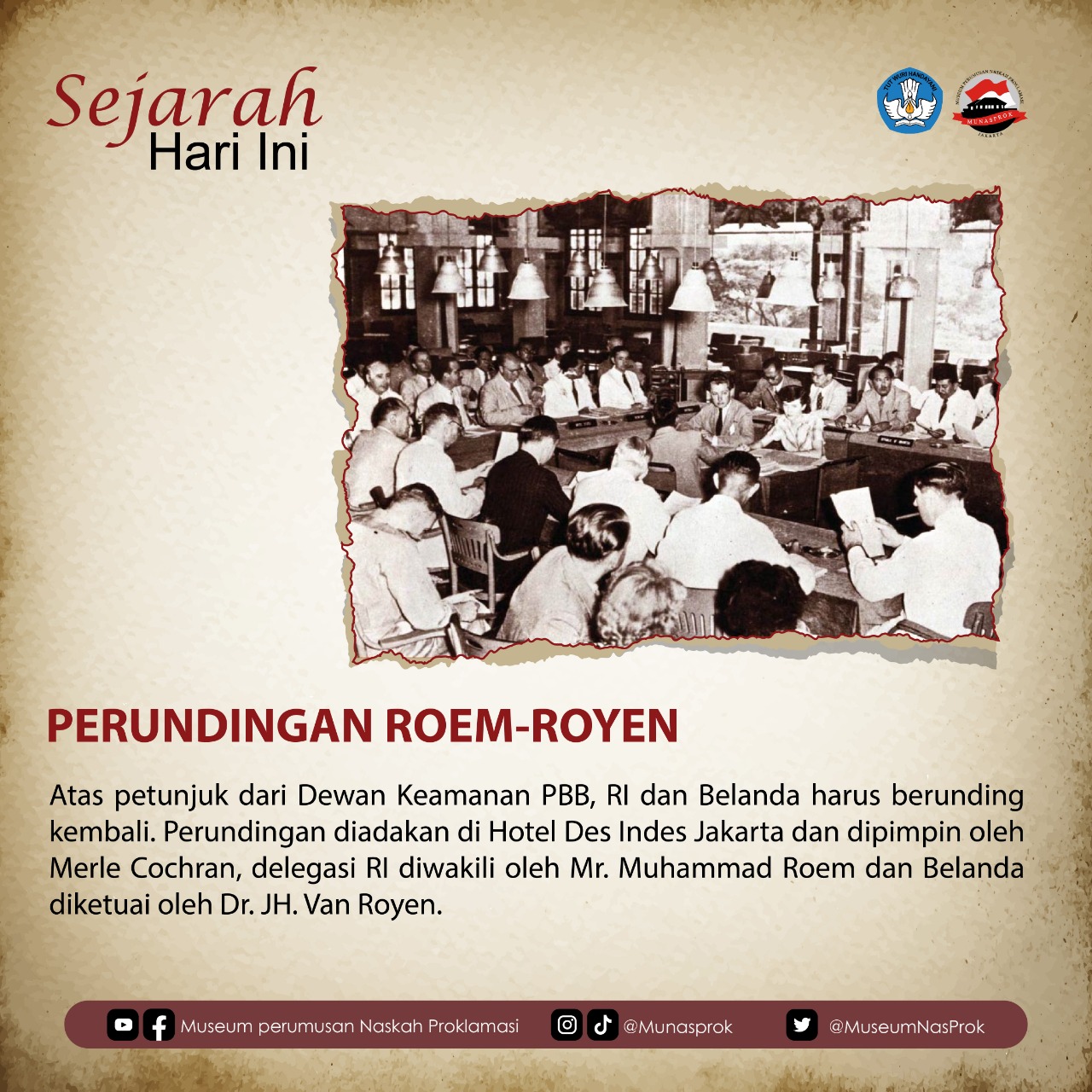 The Roem Royen negotiation was held at Des Indes Hotel in Jakarta and was led by Merle Cochran, the Indonesian delegation was represented by Mr. Muhammad Roem and the Netherlands are chaired by Dr. JH Van Royen. Negotiations ended on May 7, 1949 with the result “the Indonesian government, including the leaders who were captured, would be returned to Yogyakarta and the two parties agreed to hold a Round Table Conference (KMB) in Den Haag”