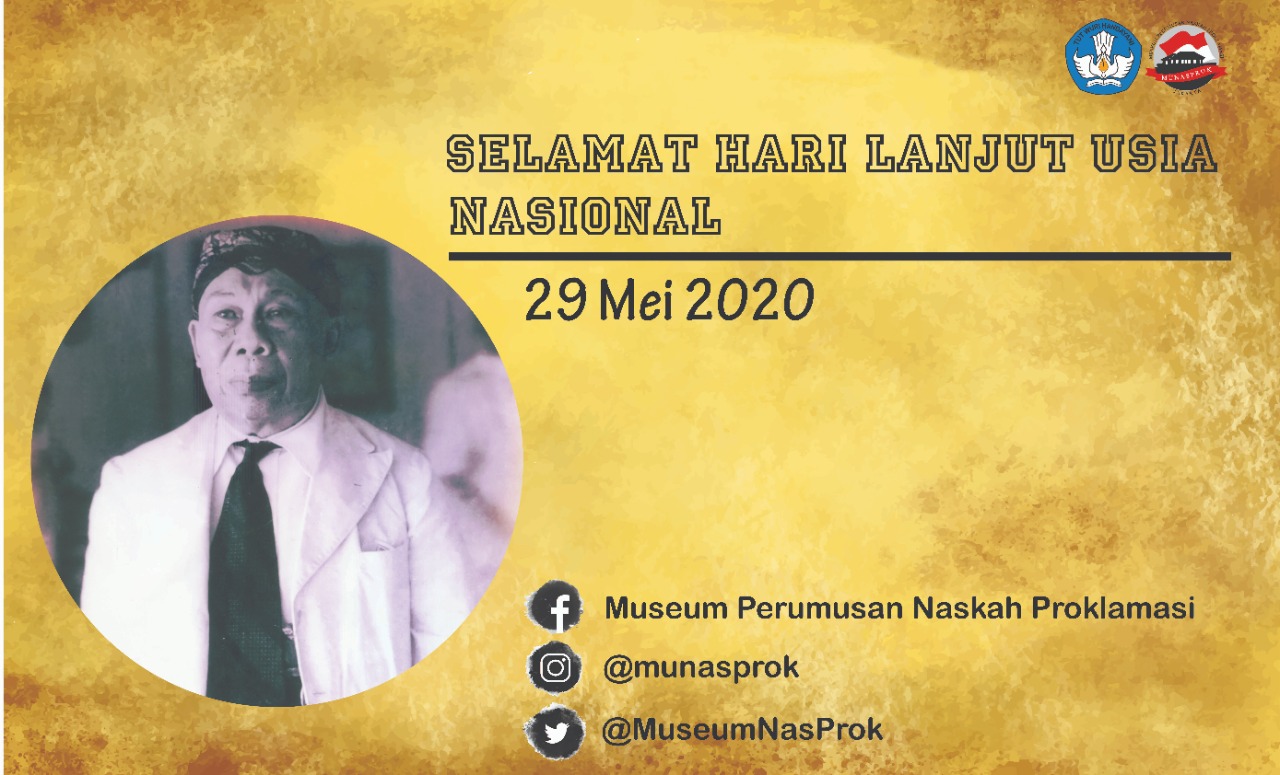 The declaration of May 29 as National Elderly Day was carried out by President Soeharto in Semarang on May 29, 1996. This was intended to commemorate and respect the services of Radjiman Wediodiningrat, who at an advanced age was still able to lead the 1st Session of the Investigation Agency of Indonesian Independence Preparatory (BPUPKI) in Jakarta began on May 29, 1945. This session discussed the constitutional materials and blueprint for the State of Indonesia to be established.

Dr. Kanjeng Raden Tumenggung (K.R.T.) Radjiman Wedyodiningrat born in Yogyakarta, April 21, 1879 is a doctor who is also one of the founding figures of the Republic of Indonesia. He was a member of the Budi Utomo organization and in 1945 was elected chairman of the BPUPKI. On August 9, 1945, the day after the atomic bomb on Nagasaki, Radjiman along with Sukarno and Mohammad Hatta were flown to Saigon to meet Field Marshal Hisaichi Terauchi, commander of the Japanese Southern Expeditionary Army.

In 1950, after becoming a member of the House of Representatives, he chaired his first plenary session. Two years later, September 20, 1952 at the age of 73, Radjiman died in Ngawi, East Java and was buried in Yogyakarta. He was awarded the title of National Hero in 2013 by the 6th Indonesian President Susilo Bambang Yudhoyono.